galleries > "The Devil and the Deep Blue Sea"

Oil on linen. 2020-present “The Devil and the Deep Blue Sea” series takes its name from the Harold Arlen/Ted Koehler song, "Between the Devil and the Deep Blue Sea," an American Songbook standard bemoaning an attraction that would be abandoned if it wasn’t so inescapable. Careful glances, ambiguity, voyeurism, and a sense of the unknown mingle in these paintings, capturing quiet moments surrounding the figures’ narratives; wistful daydreaming, waiting, wondering, daring.

Like the series' upbeat yet melancholic namesake, the worlds of these paintings are richly colored, rendered in a fluid blend of realism and the fantastic, like a memory. In each work, the settings sometimes recalling familiar queer haunts (Fire Island, Palm Springs) or more ambiguous locations (metropolitan rooftop pools, tropical retreats, isolated getaways, lavish bathtubs) but all, inescapably, feature water. It variously draws, taunts, reflects, distorts, obscures or menaces the figures. Uniquely rendered in each painting, from glassy to inky, gently rippled to frothy, water offers clues to the psychologies of the young men sharing the space. This consistent subject matter explores the various properties we associate with water - its movement, power, ability to cleanse, drown or support life, withhold or erase – and the changes and rituals we undergo to engage this new environment, which mirror those of youthful sexual awakening; testing, teasing, looking for clues before committing ourselves, then jumping in and coming out in a fundamentally different state. We reveal ourselves in water. We are freed and made vulnerable by giving into its deep blues. 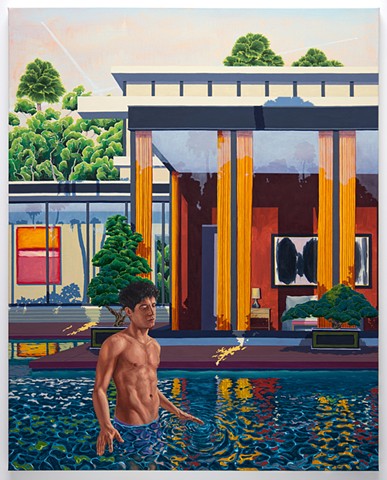 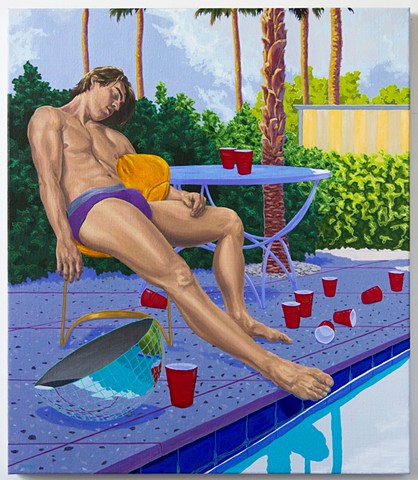 West Coast Bender, or the Debate to Wake Him (Somebody Call Yolanda)
oil on linen
30 x 26 in. 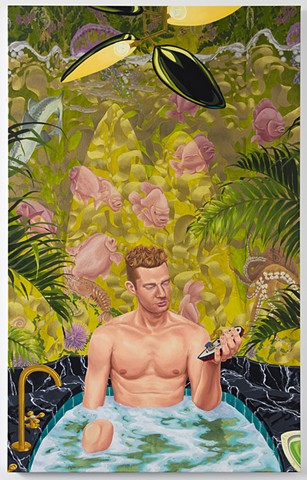 The Great Pretender (Did I Dream You Dreamed About Me?)
oil on linen
48 x 30 in. 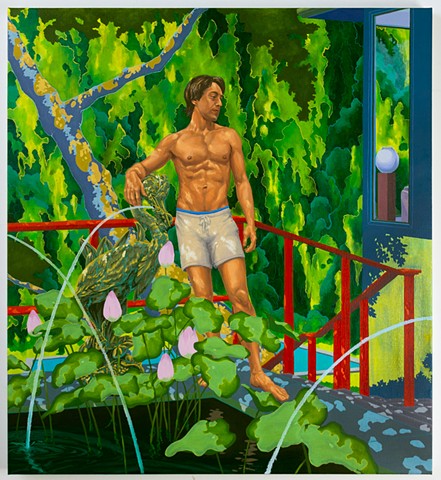 The Houseguest with Two Pools
oil and oil stick on linen
40 x 36 in. 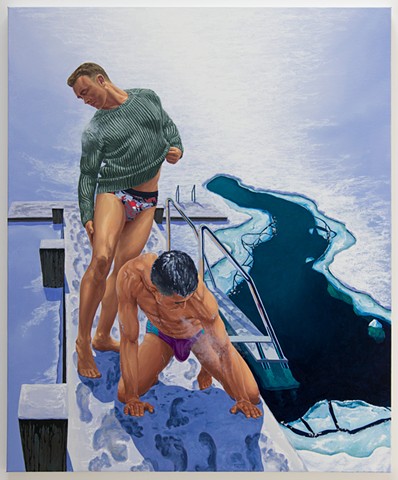 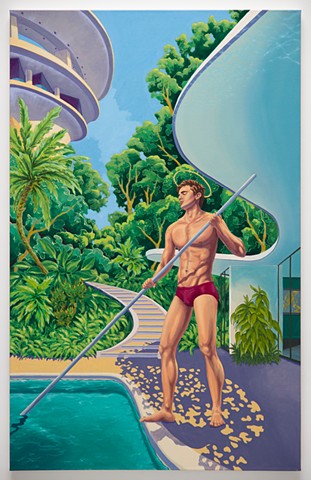 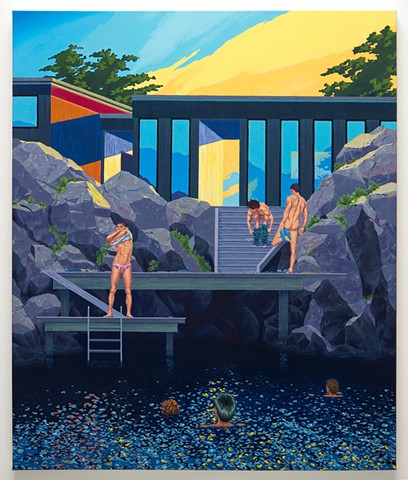 Skylarking, or How Good Light Always Finds Them
oil and oil stick on linen
48 x 36 in. 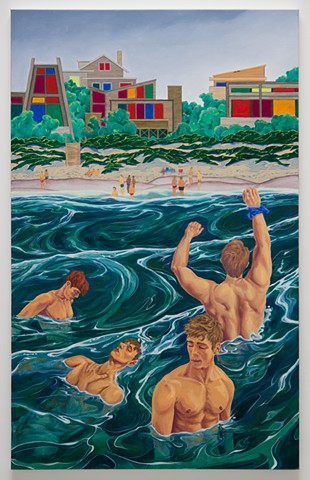 Schooling at the First Signs of Weather
oil on linen
48 x 30 in. 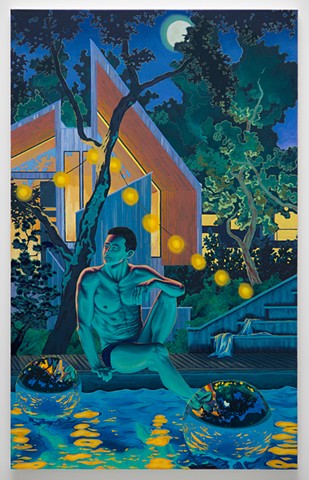 A Pair of Great Green Fairies with Reflective Orbs
oil on linen
48 x 30 in. 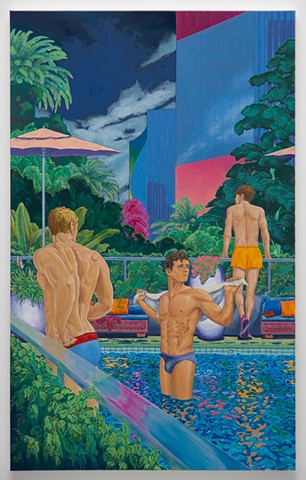 Another Metropolitan Fruit Fly
48 x 30 in.